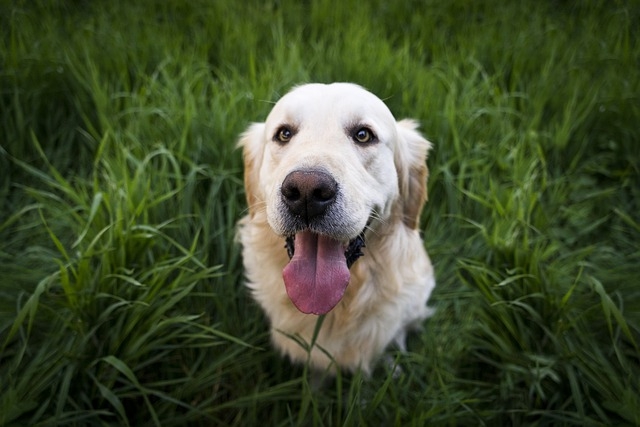 Begging is something that comes naturally to dogs and when we see those cute little puppy eyes staring at us, longing for that little bite of food, we have a tendency to give in. Oh yes, begging is something that dogs are pretty good at. As dog owners, we have probably all said something along the lines of “Aw, he must be hungry,” and handed him a little bite of our lunch or dinner. Without even realizing it, you just rewarded them for this behavior, and now they will think it’s something they’re supposed to do.

Truth is, resisting those cute little puppy eyes is hard to do. However, if you want to teach your dog not to beg when you’re eating, then you need to take action. The first step would be to stop giving in.

Why Do Dogs Beg in the First Place?

You have a dog that is well fed, yet he still sits at that dinner table, begging for a bite to eat. To put it simple, your dog is begging because he wants food …that’s it. Like we said in the beginning of this article, begging is a natural behavior, and if you have been teaching him to beg (without realizing it), it’s going to take some consistency to undo that little trick.

Years ago, wolves started scavenging around for human food. They started to hang around where humans hung out, looking for scraps. The tamer the wolf became, the more humans rewarded them with droppings of food. In your dogs eyes, begging isn’t rude, it is their instinct.

Dogs that are domesticated are wired to find opportunities to get food from us humans and many times, they learn that by begging, they get food. This just so happens to be one of the most common problems amongst dog owners, but don’t worry, because there is hope.

It’s Time to Train Your Puppy Not to Beg

Starting out, dogs will beg more if you’re looking at them – they know that works. You have those big puppy eyes, combined with that whining …it just works well on humans. So, the first step to teach your puppy not to beg for food would be to just stop giving in. We know, it’s not that simple, but you have to do it because each time you give in and hand your dog a bite of food that you’re eating, you’re just teaching them that begging works, and this will cause them to beg even more. It may not work every single time they beg, but they have good memories and they’ll keep trying. If you want your puppy to stop begging, then you need to remain consistent, because if you’re not consistent, you will be giving your dog mixed signals. You can’t get onto your dog for begging one day, then hand him something the following day, it just doesn’t work that way.

Usually, training ourselves to be consistent is the hard part for us human, but fortunately, the rest follows:

1. Ignore Your Puppy When He’s Begging

If you have a puppy that is already sitting at the dinner table begging under your feet, then you need to start ignoring this. If you hand him a bite just once, he will continue trying until you give in. Since those puppy eyes can really get to us, don’t even look at your dog when he’s begging. Don’t talk to him, don’t push him away …just ignore him. Any form of attention you give him may make your puppy think you’re rewarding him, or you’re about to give him food. If he’s the type that is persistent (most dogs are), then he may put up a real fuss, but you need to learn to ignore this. Eventually, your dog will come to the conclusion that begging isn’t going to work anymore, and will move on.

2. Keep Your Dog away from the Dinner Table

One of the easiest routes to take would be to simply keep them from the dinner table. While you’re having dinner, you can teach your dog to stay in another room, or you could use a dog/baby gate in order to keep him in a separate room. If you already have a beggar on your hands, the dog may be pretty resistant before he improves, but consistency is going to pay off in the end.

Get your dog to lay down in his spot (this could be his bed in another room) and  when he lays down, reward him by giving him some treats – this is showing him that this is his spot to stay in. Depending on the dog, this may be something you have to work on for a bit before he gets used to staying in the spot. After you have finished eating, visit your dog and give him a lot of praise and a treat. This will teach him that by sitting calmly while everyone eats will be rewarding for him.

Some people don’t want to completely separate themselves from their dog, and we understand this. Instead, you can take his attention away from the food on your plate by offering him his toys or a dog treat. The trick here is to give the dog something else to focus on other than your food.

At first, it may seem impossible to train your puppy not to beg, but it’s not. As long as you are consistent and never give in to his begging, then you will be on the right track. Before you know it, you will have a dog that doesn’t even care that you and your family are having dinner, even if it’s a big holiday feast. Just remember, the whole family needs to be involved in this – for example, if you have a child that decides to give in to his begging, it’s not going to work out. So, make sure you get the entire family (and even your house guests) involved).

How to Socialize Your Puppy – A Complete Easy Guide

How to Safely Walk Your Puppy in A Big City?